50 presets to gain total control of your live performance

The missing link in your sound chain: why Magimidi ML-4

Built with no compromise for ease of use and reliability

Ideas often arise out of necessity and frustration. If you are a guitarist, you are constantly looking for tones that define your sensitivity and contribute to your career, experimenting with pedals, effects and accessories that become part of your sound chain.
Whether it's a vintage analog pedal, a digital effect or a programmable multi-effect processor, cheap or expensive, every link in the chain can become irreplaceable because it has that tone, that attack or that color you can't get with any other product on the market.

If you ever found yourself in the need to set up a complex repertoire that includes fast sound changes and special sound effects, you probably included a programmable switcher in your pedalboard to handle patch changes for MIDI-equipped effects and inclusion of pedals: or, alternatively, you decided to adopt a more or less expensive and sophisticated multi-effect pedalboard to achieve total management of your performance - ending up being tied to the specific sound and rules of the pedalboard.
Or, you adopted both solutions, integrating a multi-effect pedalboard with your vintage or boutique pedals, finding yourself pressing various footswitches almost simultaneously during the performance, with an exponential increase in the percentage of errors.

For some years now, high-quality affordable digital effects have surfaced on the market: unfortunately, they lack the MIDI interface, which would allow an efficient use during a live performance; instead, they allow communication only by using a PC via the USB port and proprietary protocols.
Among these, the Zoom MultiStomp and Boss GT product lines, for example, offer incredible sound possibilities with a small footprint, yet at a very affordable price, but they allow limited control during a live performance.

THE FORBIDDEN DREAM (UP TO YESTERDAY)

If you have ever been busy setting up musically complex repertoires in dynamic contexts, you probably dreamed of putting together a compact pedalboard able to manage your composite arsenal without compromising handling and quality of your tone, in a package enclosed in a handy laptop case that can be carried as a hand-luggage even on a low-cost flight. No?

Now, imagine having a compact pedalboard, lighter than 2 Kg / 4.4 pounds, able to assign to 50 patches the openings and closures of 4 true bypass audio loops, to handle simultaneously (currently) not one but two among Zoom MultiStomp/G1/G3/G5 and Boss GT-001/GT-1, one Kemper Profiler, other MIDI compliant devices and to have 5 extra footswitches (in addition to those for patch change) with 2 expression pedals to be assigned to various events and functions!
All this, and much more, is Magimidi ML-4.

The first thought the creators of Magimidi had was to make sure that the weight of the device was the least possible, given the already immense amount of objects that it is necessary to carry along in occasion of a performance.
Magimidi ML-4 weighs less than 2 Kg / 4.4 pounds - almost half of any other comparable device.
A solid structure in combed aluminum, assembled according to the same construction standards used for drones, makes the object light but at the same time reliable, robust and resistant to any type of stress.
The ergonomics of the shape have also been studied in depth, creating steps to prevent the foot from going over the upper button. This choice makes it easy to use it during the performance and avoids errors usually present on the very popular but equally heavy and often inadequate Hammond boxes.
Finally and exclusively, a personal serigraphy printed on WALKABLE PVC, scratch/foot resistant and perfectly visible even in conditions of extreme use. This means that a picture of your event, your band or your portrait will be the cover that will personalize and make "your" Magimidi unique.

Other standard devices are limited to one alphanumeric monochrome display with 2 or 4 lines, with very little graphic possibilities but, above all, with an unmanageable resolution for viewing from afar. The result is that the information displayed is often incomplete, summarized and impossible to be read at a glance.
Magimidi ML-4 has a 3.2 inch OLED COLOR display. You will have visibility and clarity on the information with characters adequately sized and based on the reading distance.
Colors will also make it possible to spot current configuration and preset details, so that all useful information streams can be seen simultaneously and, above all, not synthesized. Besides the display, are available - one each footswitch - 11 multi-color LEDs, which allow to directly identify which button should be pressed, especially in low light conditions. Finally, a rotary switch-encorder allows you to make any changes to the configuration of each preset. Fast, practical and obviously functional, it changes all the parameters in the SD card with the added value given by the color display.

Just like smartphones, TVs and all similar electronic devices, there will be no need to connect to the internet, download files, copy it to a USB key and transfer it to the device.
Another added value of Magimidi: the firmware gets updated automatically!
Whenever an update is available, a warning message will communicate the need for a download, which will take place in a semi-automatic way (i.e. you can decide whether to do it later or not) via your wifi router or smartphone. Magimidi will connect OVER THE AIR to the dedicated server: within a few seconds, your device will be updated to the latest version available.

Just extract the microSD and insert it into a computer with any operating system able to read a TXT file.
The configuration file for the whole Magimidi - in fact - is a text file, visible and very easy to edit.
PC / MAC / LINUX make no difference: quick but, above all, comfortable because, sitting in front of your pc screen, you can create your favorite configuration, storing even more files and use from time to time the one designed for a certain performance.

Your performance should not have technical limitations of any kind.
For this reason, the majority of the components used for the construction of Magimidi are of the highest quality since they are produced by industries maker of audio and electronic parts and in the specific business with years of experience. We are talking about NEUTRIK for audio connections, OMRON for the relays used for switching and true-bypass, ST-Professional for the footswitches. Those who are in the industry know what we are talking about.

Finding a power supply with a center-negative connector may be difficult, at times. For sure, we have dozens of unused power supplies with a center positive connector around the house. Well, Magimidi further facilitates its use because it has "universal" power with a NON-POLARIZED CONNECTOR, allowing you to use any power supply you have available: just make sure it handles 1A and supplies between 9 and 15 V DC.

The pursuit of excellence does not end with design.
The creators are able to produce almost every part of MAGIMIDI by themselves, making use of a large technology park, putting aside electronic components that - for economic and qualitative reasons - are purchased from third parties.
Therefore, it is possible to achieve total autonomy in the production process of MAGIMIDI, which is synonymous of high quality standards and attention to detail: from CAD drawings to firmware programming, from electronic assembly to structural carpentry, passing through the use of traditional machine tools, to - finally - quality computers that control numerical control machines.
All this leads to the proud goal of an excellent craftsmanship of details.
Finally, the current phase of building fully functional prototypes means the possibility of positively closing the production process. The creators invest a lot in both software and quality control and will always be able to guarantee a constant and high quality of all the pieces that will be handcrafted over time. 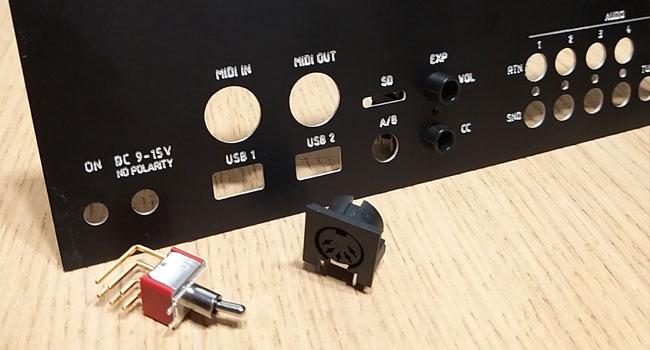 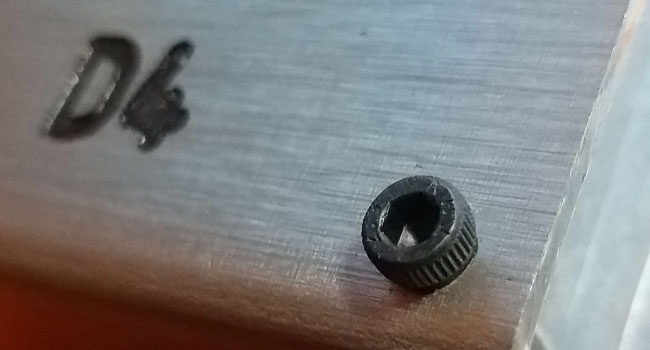 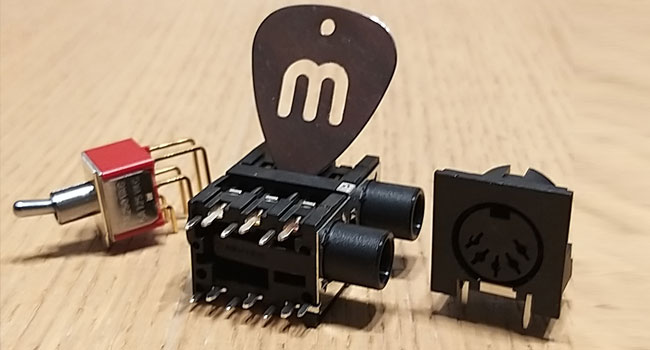 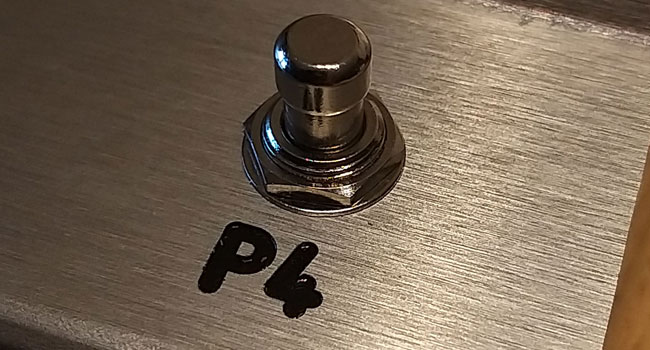 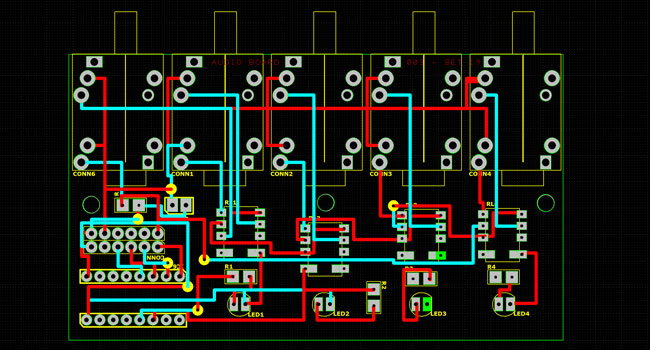 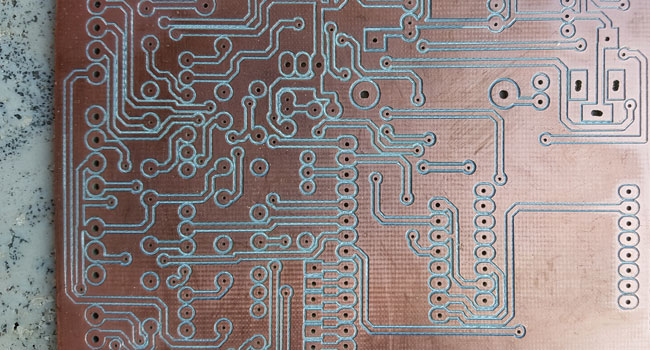 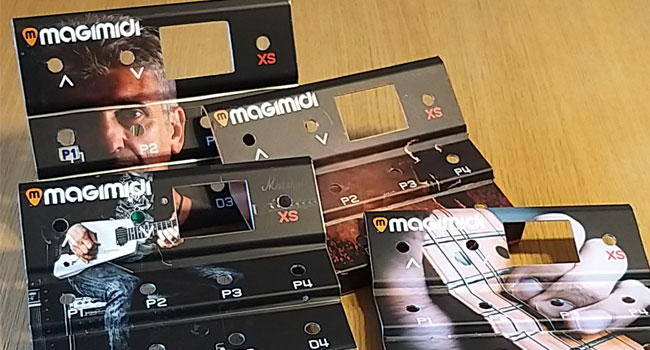 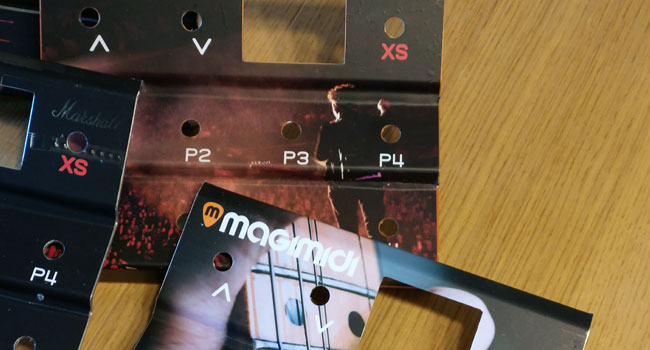 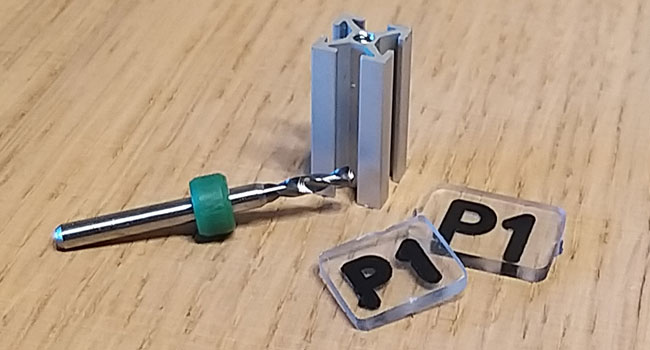 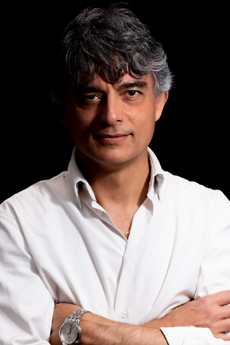 Marcello Zini studied classical guitar, choral music and composition, but it is his interest in the jazz repertoire that constitutes the leitmotif of his musical activity (as a musician and teacher) in a perspective of philological and technical research. The latter was further supported and enriched by the inclination for computer science, merged into his engineering degree.
A similar background, together with so much passion, allowed Marcello to run his own recording studio in Rome (Jungle Studio), and to work for many years in the United States on successful record projects as a guitarist, composer, arranger, producer, programmer, multi-instrumentalist, vocalist and sound engineer (among the names, Giorgio Moroder, Baywatch, Marta Sanchez, Aranza, Lynda, Uff, Mestizzo, Calò).
Finally, Marcello collaborated with the musicians responsible for the characteristic Southern California sound of the Nineties, at the base of the reference model for recordings: Paulinho Da Costa, Abraham Laboriel, Steve Lukather, Vinnie Colaiuta, Randy Kerber, Dean Parks. Randy Waldman, Tim Pierce, Neil Stubenhaus, Kenny O'Brien and many others.
He is the creator and analyst of Magimidi. His deep musical knowledge has allowed the theoretical idea of missing link of the guitar tone production chain to be transformed into reality. 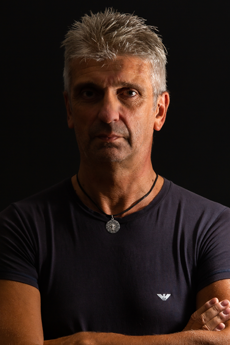 Born in Rome in the end of June 1960.
He graduated in Law.
He has an interest in electricity and electronics since he was a child, so much that at 16 he is already an expert in repairing TV and radio devices.
During the 80's and 90's, the cradle of theoretical and practical electronics, he builds and tests hundreds of projects, not to mention his growing interest in the newly born personal computer, the vanguard of the digital age.
The arrival on the market of low-cost Arduino programmable hardware platforms allows him to succesfully combine the experience of multi-year electronic dexterity with the knowledge of programming on personal computers.
Starting in 2013, he was selected as an exhibitor maker for all editions of MakeFaireRome European Edition and other Italian locations (Rimini - Trieste), presenting innovative projects projected towards automation, renewable energy and eco-sustainability.
He is the maker and builder of Magimidi: he researches, analyzes and tests the electronic components to be used, handcrafts the structural mechanical components, produces and updates the device management software. 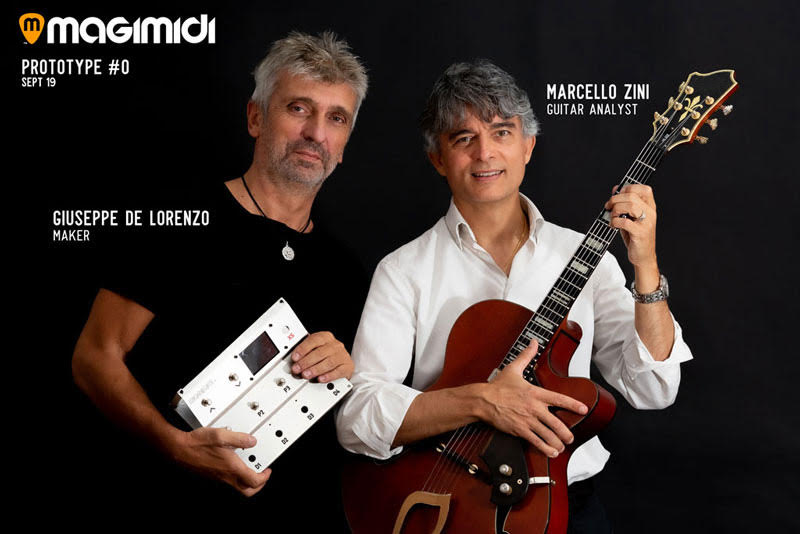 Follow us on our social media channels or write us an email!